This past week Readington Middle School students participated in an initiative called “Pay it Forward.” Basically, for every kind act performed by a student, such as opening a door for a classmate or picking up something that a friend dropped, a “check” would be cashed and in return students would receive a purple wrist band with the phrase “Pay it Forward.” The “cashed checks” were then displayed in the hallway as a tribute to all the wonderful and kind children we have in our building. The goal at the end of the week long initiative is for every student to be wearing a purple wristband. This learning experience was made possible by the Break the Silence Club, a spin-off the newly implemented RAP (Readington Advisory Program) led by school counselor Verna Hegstrom and RMS alum Amanda Libero.

The initiative kicked off at the beginning of the week with a student generated video portraying the impact that “paying it forward” has on someone’s life. During the school’s weekly advisory session, groups watched the video clip and then discussed what it means to “pay it forward.” Examples from student’s own lives were then shared and made sense of from a global perspective. The message gained from these initial activities was that treating people kindly and going through life with a positive attitude creates a ripple effect that makes everyone’s lives that much more better. Moving forward there is no doubt that Readington Middle School students will remember the lessons learned from the “Pay it Forward” initiative. This meaningful learning experience has been both engaging and relevant, and solidifies our school’s commitment to promoting the success of all students. 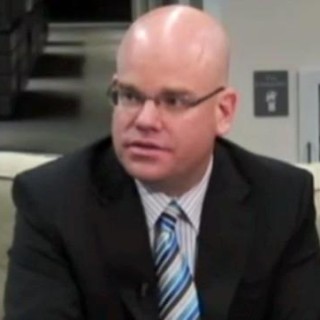 Brad Currie is the Middle School Dean of Students and Supervisor of Instruction for the Chester School District in Chester, NJ. He is the co-founder and co-moderator of #Satchat on Twitter. Brad is passionate educational technology and social media in the school setting.